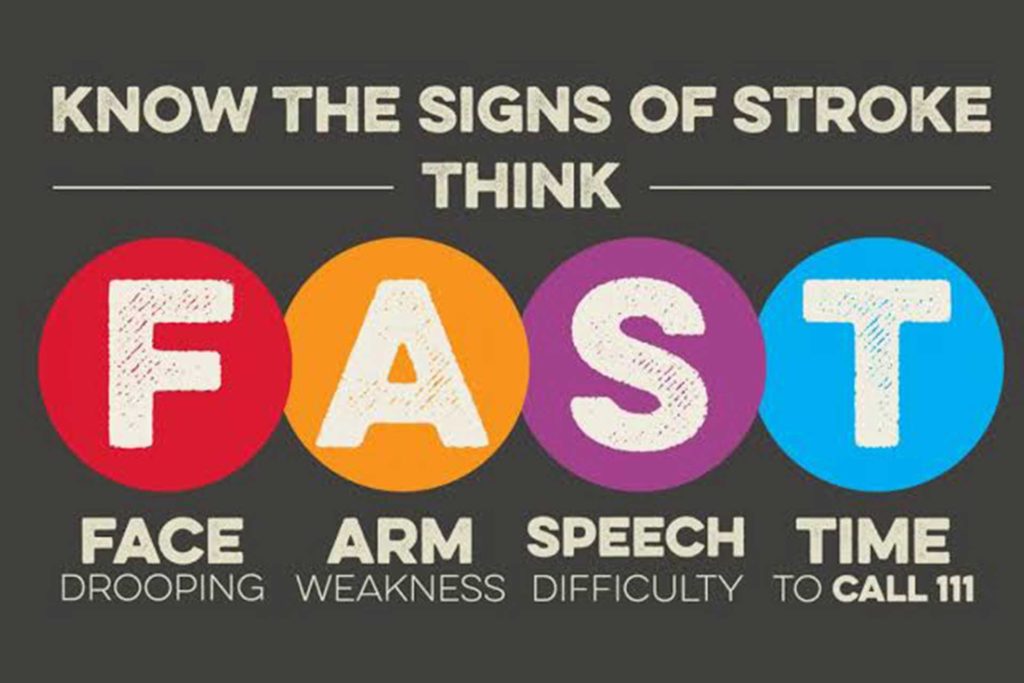 LEXINGTON, Ky. (Feb. 22, 2017) — Organizations like the American Heart Association have promoted the FAST concept to help people recognize the symptoms of stroke.

FAST stands for Face, Arm, Speech and Time – the last letter a reminder to seek treatment immediately because strokes can be debilitating or even deadly.

However, a study published in a recent issue of Stroke and authored by a resident physician at the University of Kentucky might signal a sea change in how we educate lay people and first responders to look for stroke.

“Dr. Goldstein’s idea to look at FAST, which was prompted by a conversation he had with a medical reporter, was something that made a lot of sense to me as I would very often see patients presenting with strokes that were FAST negative,” Aroor said.

Aroor began by identifying all patients admitted at the University of Kentucky in 2014 who were ultimately diagnosed with stroke and then determined how many of those patients initially presented with the FAST symptoms.

“Of the 736 people included in the study, slightly more than 14 percent did not have FAST symptoms but were ultimately diagnosed with a stroke,” he said.

Aroor then tried to quantify additional presenting symptoms for these non-FAST stroke patients and identified two prevalent symptoms:  problems with balance or gait (42 percent), and sudden onset of visual problems (40 percent), which led to a modification of the FAST mnemonic to BE-FAST (B for balance, and E for eyes).

“We were able to demonstrate that by adding these two symptoms to the FAST mnemonic the proportion of stroke patients not initially identified was reduced to 4.4 percent,” Aroor said. “Focusing our education efforts on BE-FAST instead of FAST could help reduce the number of missed strokes, therefore improving access time to treatments that could reduce or eliminate disability.”

Goldstein says that Aroor’s study could signal an enormous change in public policy.

“This is potentially a big deal,” Goldstein said.  “As Aroor’s study is replicated and fine-tuned prospectively, his work could ultimately change how hospitals and first responders identify potential stroke victims, and change how organizations like the American Heart Association shape their public education campaigns.”

Other centers – many of whom were looking for hard data to back up their hunch about BE-FAST — are already taking note of Aroor’s study.

“We had been looking to switch to BE-FAST for about six months now but had no evidence-based practice to actually be able to implement the change until this study,” said Angie Russell, RN, BSN, Stroke Nurse Program Coordinator for the Lahey Medical Center in Massachusetts.

But Aroor’s study in Stroke provided the data Russell needed to revise Lahey’s stroke alert in-house policy to include BE-FAST and is now working with her medical practice council to implement BE-FAST at Lahey’s five satellite facilities.

Aroor, characteristically modest, is nonetheless pleased with how his study has been received.

“It’s nice to know that a lot of people are looking at this study and wanting to change how they teach the public how to identify strokes,” he said.

Being a Young Stroke Survivor in South Africa