Bring it On Campaign

One of the challenges that faced George and Charlene at the onset of the foundation was a complete lack of awareness surrounding stroke survival in South Africa. Once the Foundation was formed, it was time to get it some nation-wide exposure and thus, the Bring It On! Campaign was incubated. The goal was to walk from Beit Bridge (Messina), in the far north of the country, to Cape Point (Cape Town), in the far south. Yes, this type of walk had been done before, but by able bodied people who averaged between 25 and 40km a day. George, who took on the challenge and was tasked with walking the full 2 500km distance, aimed at a target of between 18 km to 20 km’s per day, which meant it was going to be a marathon of over six months. 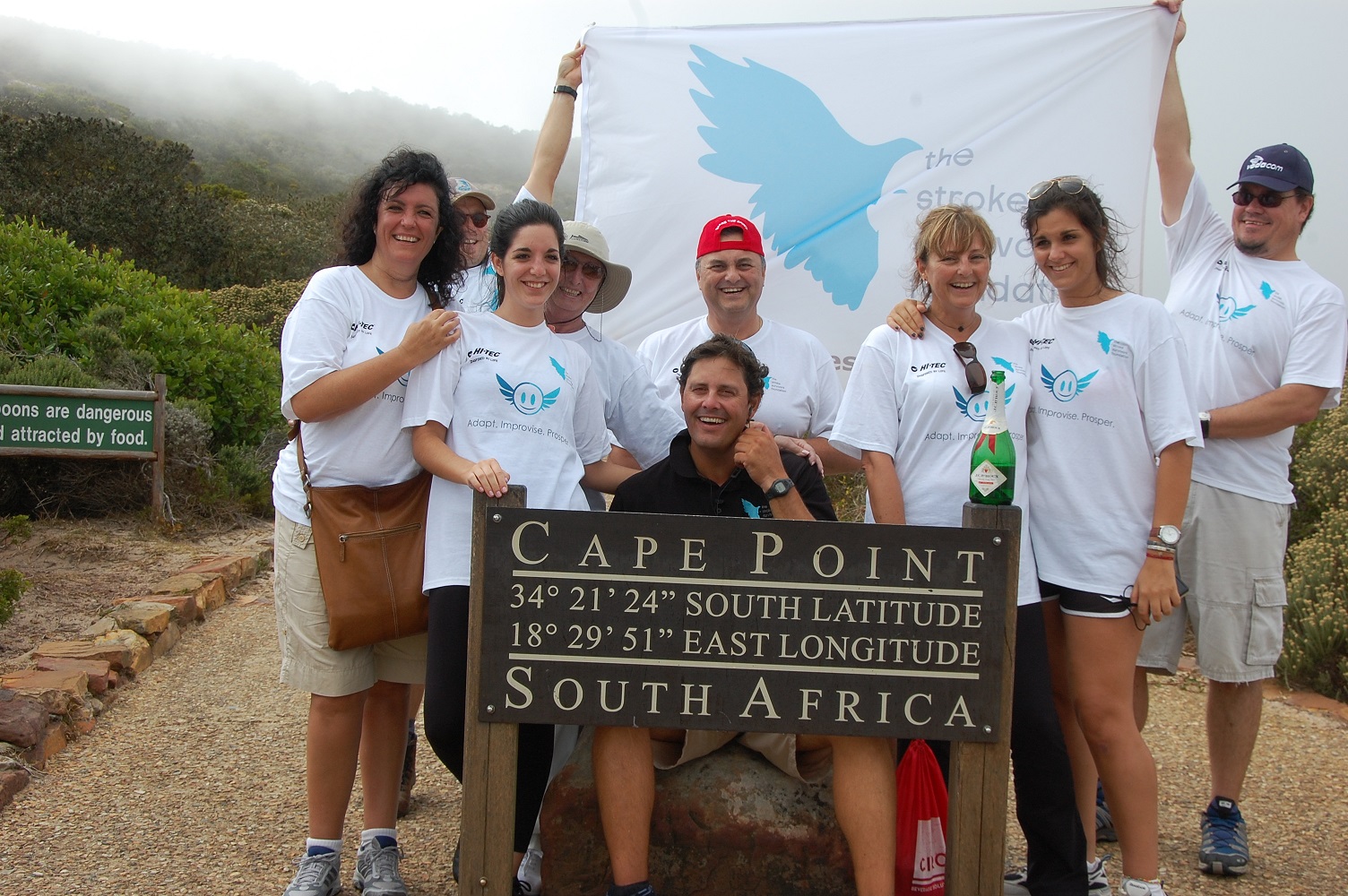 Along the way, he was supported at all times by Ray Chaplin and was to be joined along the way by as many fellow survivors, celebrities and/or stray dogs as could be persuaded to take part. As this was a going to be a tough challenge for George as he was walking with a limp and his right arm was essentially a dead weight, he adopted the approach of walking three days and resting on the fourth. This allowed him to visit clinics, hospitals and stroke survivors wherever they were to be found. He used these opportunities to populate the database that the foundation created, it also allowed him to discover what support and rehab centres actually existed in the country. He also held talks to educate people about stroke and generally created awareness along the way by doing radio interviews, TV shows and interviews with journalists.

On the 15 th of August 2010, George started off midway on the Beit Bridge which joins South Africa and Zimbabwe and finally reached Cape Point to completed the walk on the 26 th of February 2011. 6 ½ months, 2473 km’s (1537 Miles), 18 kilos (40 Pounds), 4 pairs of hiking boots, highest temperature 52 degrees Celsius (125.6 Fahrenheit)…..and 1 x albino python! Is it possible? When George was discharged from hospital in a wheelchair, little seemed possible.

With support, perseverance and desire, George’s personal rehabilitation continues to reward with daily improvements, through a mantra of adapt, improvise, overcome, and the long walk would be an extension of this, as well as being a symbol of the long-term outlook stroke survivors are faced with: the rest of their lives is a long, long journey, filled with uncertainty. The SSF aims to give every future survivor’s walk a route, and a goal. The following were sponsors or supporters of the “Bring It On” walk campaign: